" 99 second hand smartphones are transported in a handcart to generate virtual traffic jam in Google Maps.Through this activity, it is possible to turn a green street red which has an impact in the physical world by navigating cars on another route to avoid being stuck in traffic. " #googlemapshacks


The advent of Google’s Geo Tools began in 2005 with Maps and Earth, followed by Street View in 2007. They have since become enormously more technologically advanced. Google’s virtual maps have little in common with classical analogue maps. The most significant difference is that Google’s maps are interactive  – scrollable, searchable and zoomable. Google’s map service has fundamentally changed our understanding of what a map is, how we interact with maps, their technological limitations, and how they look aesthetically. In this fashion, Google Maps makes virtual changes to the real city. Applications such as ›Airbnb‹ and ›Carsharing‹ have an immense impact on cities: on their housing market and mobility culture, for instance. There is also a major impact on how we find a romantic partner, thanks to dating platforms such as ›Tinder‹, and on our self-quantifying behaviour, thanks to the ›nike‹ jogging app. Or map-based food delivery-app like ›deliveroo‹ or ›foodora‹. All of these apps function via interfaces with Google Maps and create new forms of digital capitalism and commodification. Without these maps, car sharing systems, new taxi apps, bike rental systems and online transport agency services such as ›Uber‹ would be unthinkable. An additional mapping market is provided by self-driving cars; again, Google has already established a position for itself. With its Geo Tools, Google has created a platform that allows users and businesses to interact with maps in a novel way. This means that questions relating to power in the discourse of cartography have to be reformulated. But what is the relationship between the art of enabling and techniques of supervision, control and regulation in Google’s maps? Do these maps function as dispositive nets that determine the behaviour, opinions and images of living beings, exercising power and controlling knowledge? Maps, which themselves are the product of a combination of states of knowledge and states of power, have an inscribed power dispositive. Google’s simulation-based map and world models determine the actuality and perception of physical spaces and the development of action models. text by Moritz Ahlert - The Power of Virtual Maps 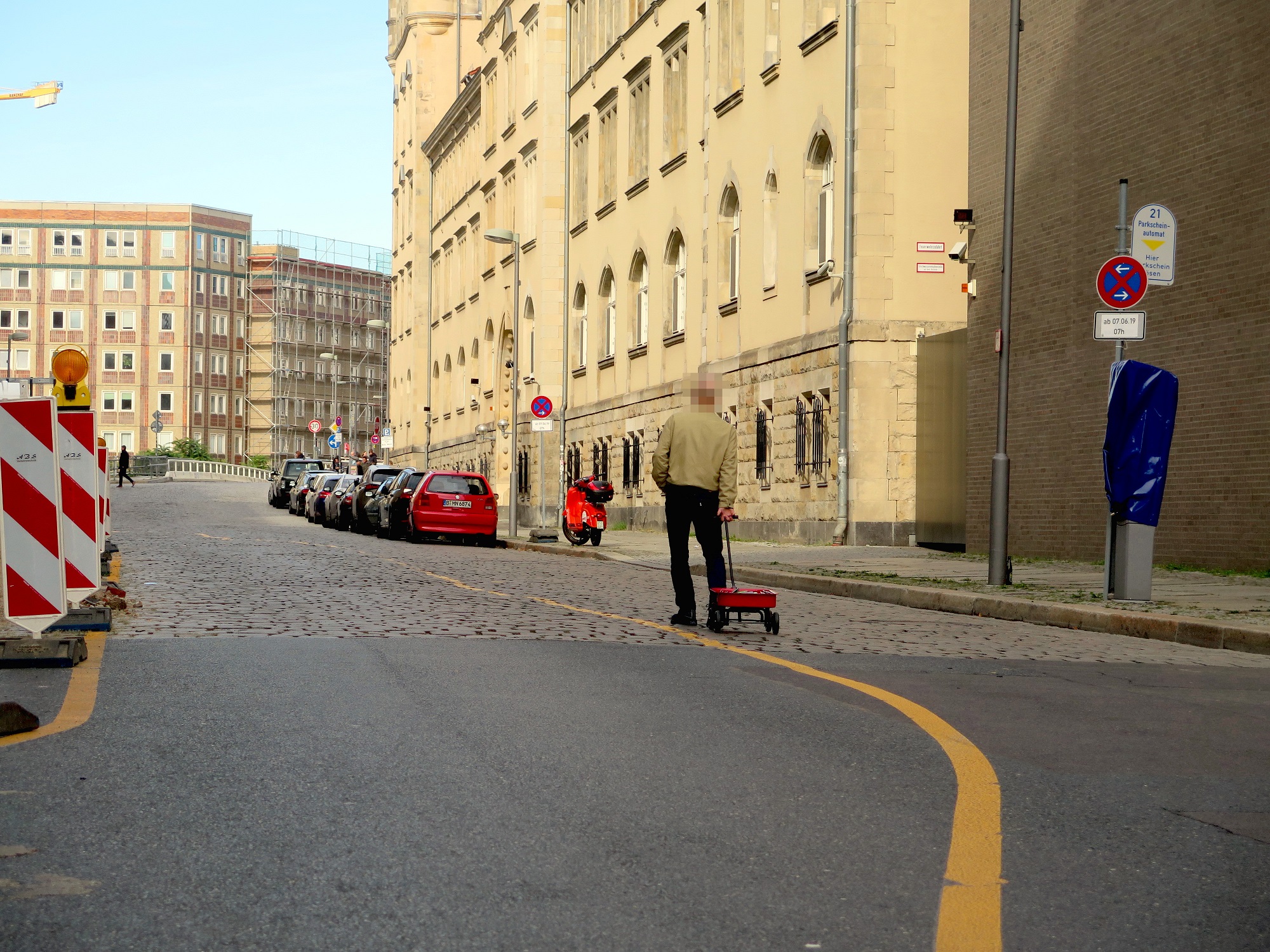 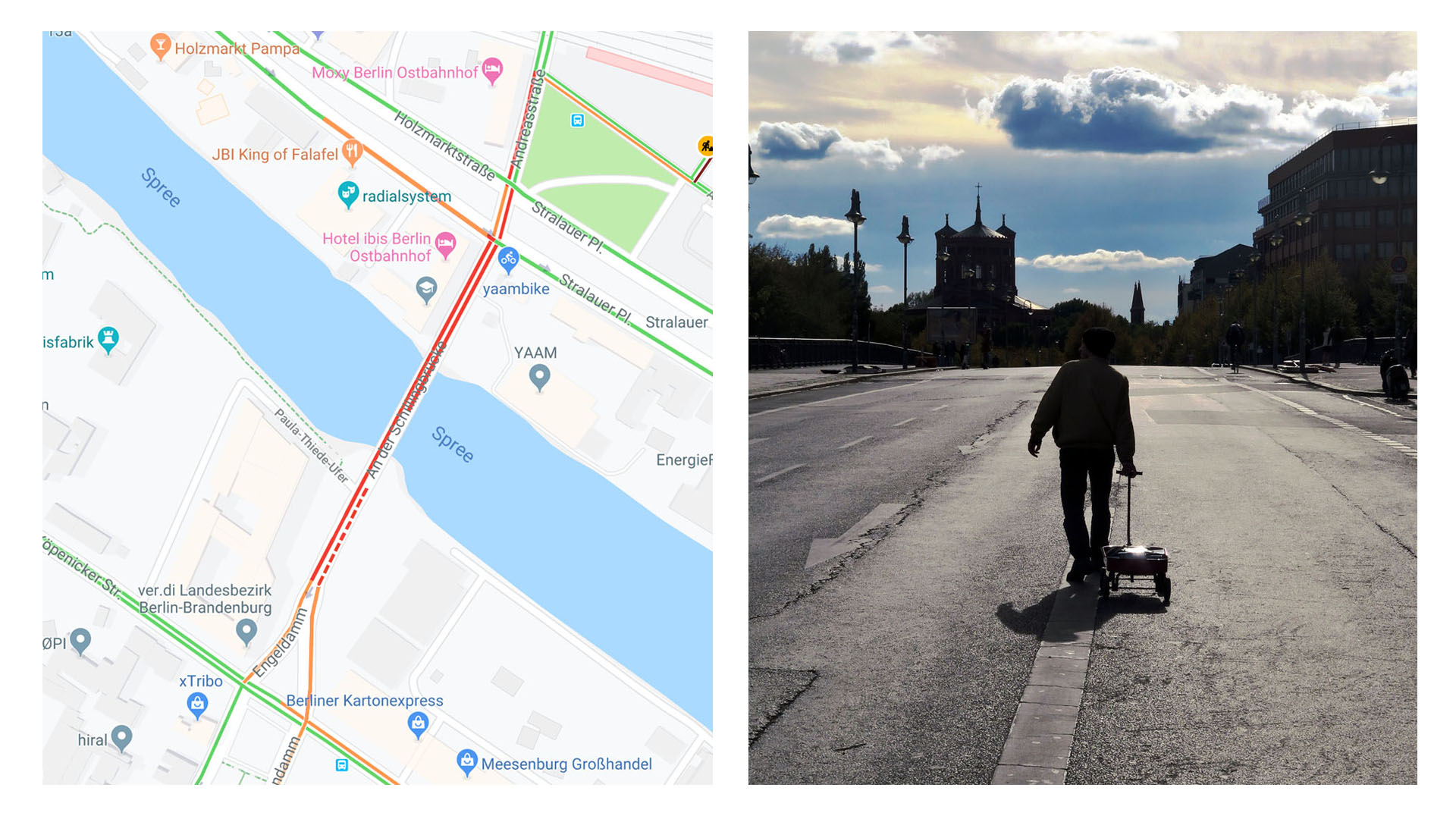 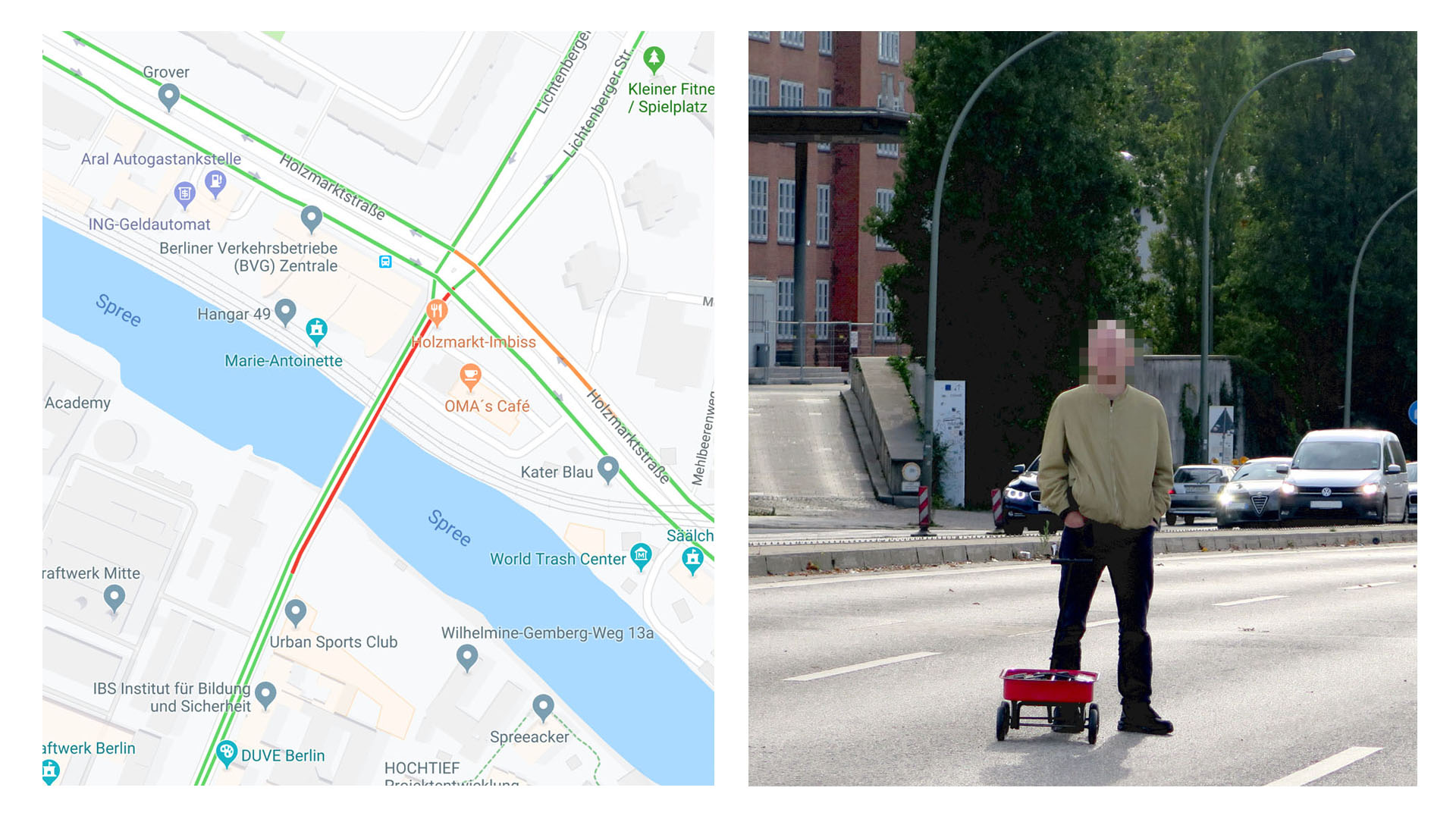 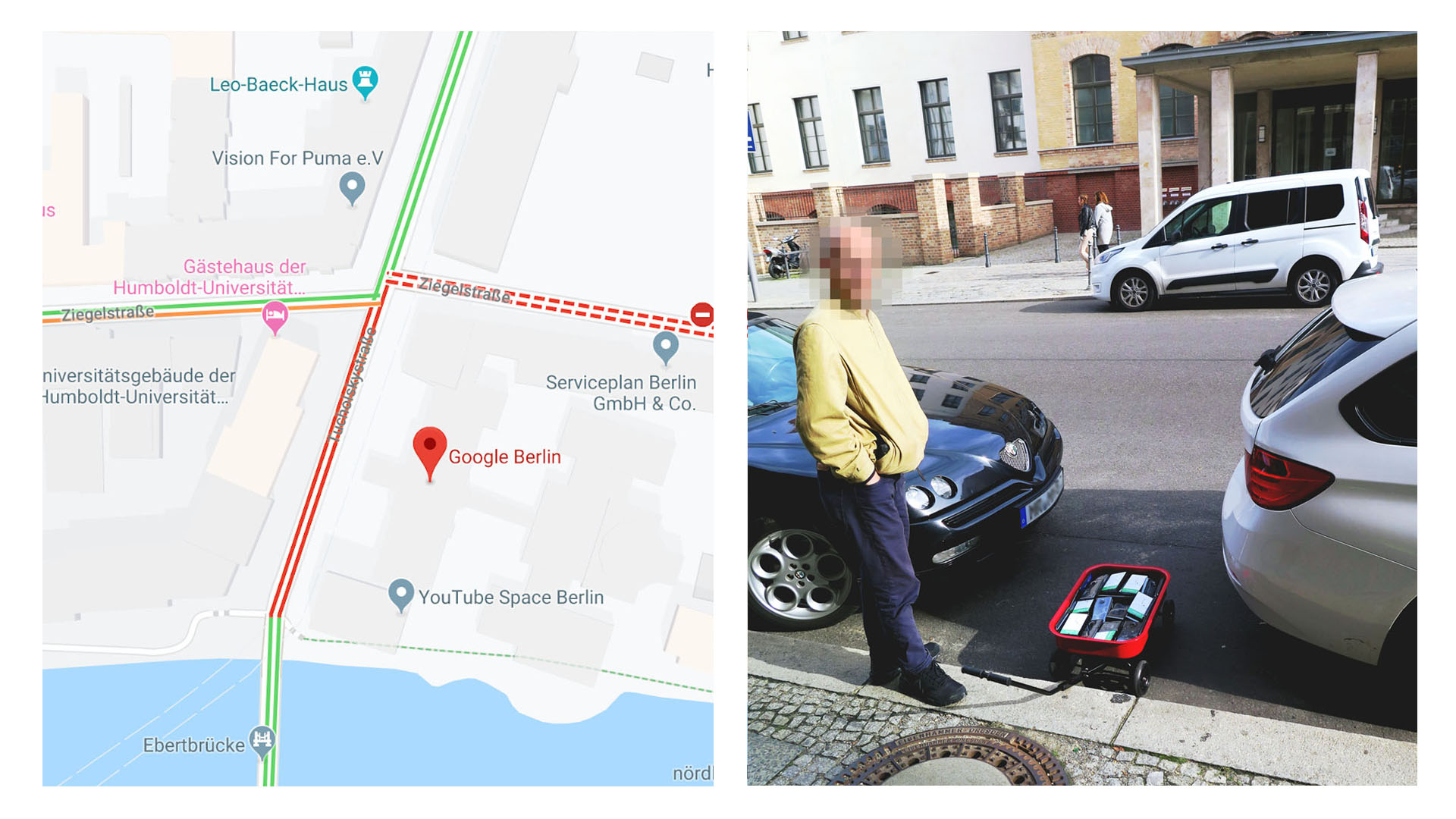 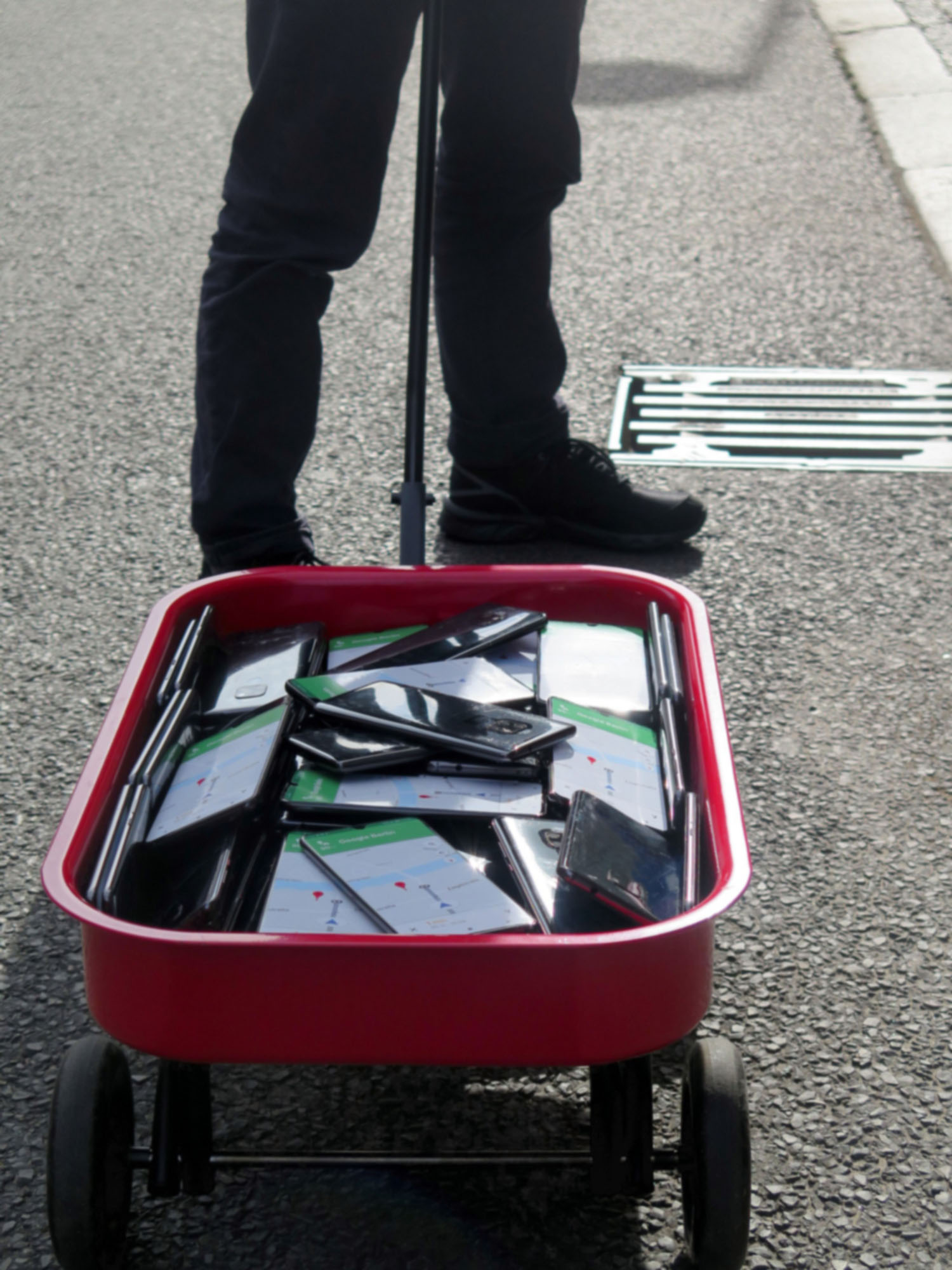 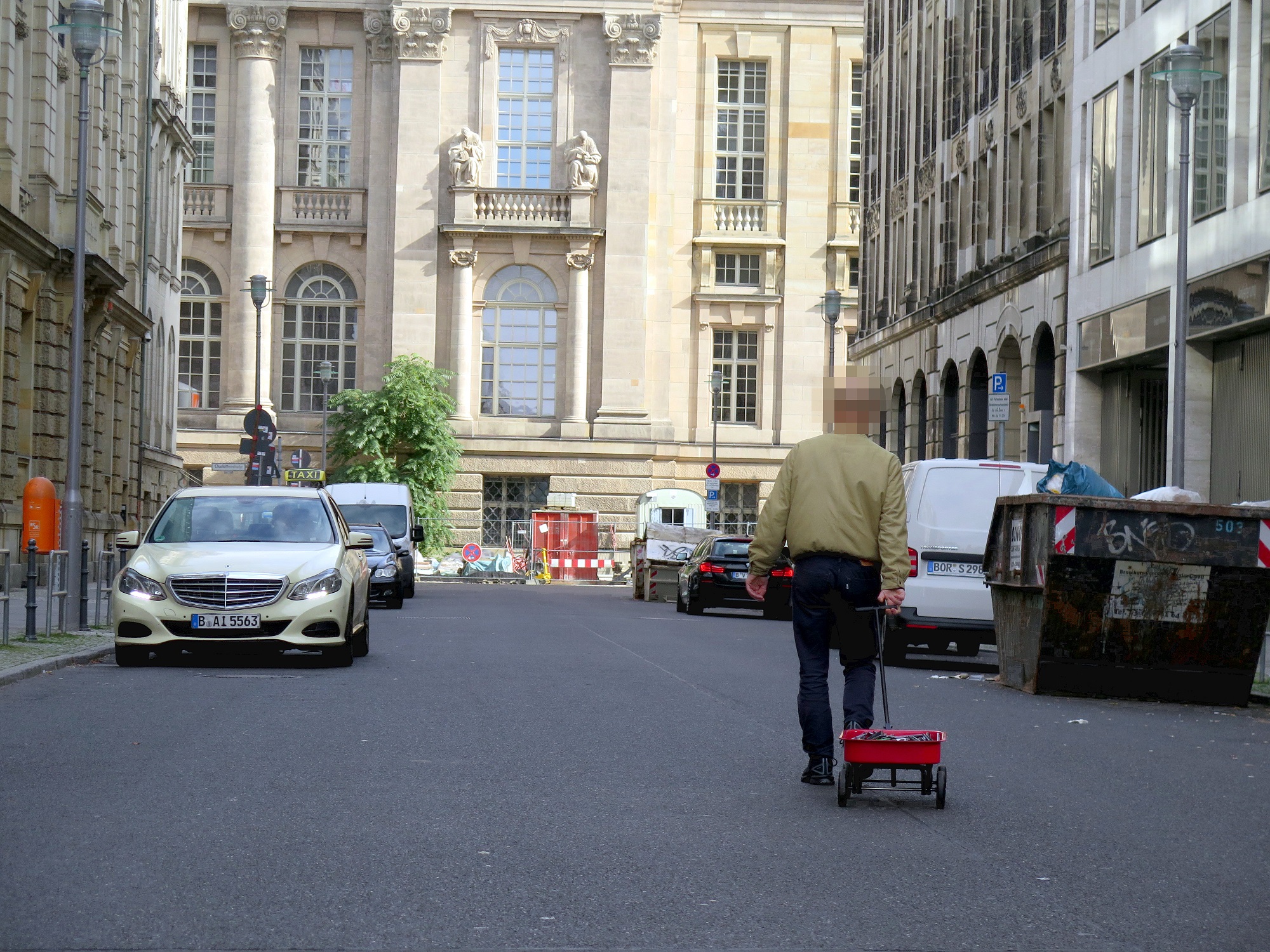